A couple of weeks ago we hosted a competition for the best player stories that show just how uniquely poignant Kenshi can be. No official store page description paints a clearer picture of the Kenshi experience than the random stories we hear from players every week… Plus it kind of tickles our sick sense of humor whenever we hear about any Kenshi-induced emotional distress.

Originally, we only planned on showcasing one winning story, however we had so many great entries, we just had to share more of them. 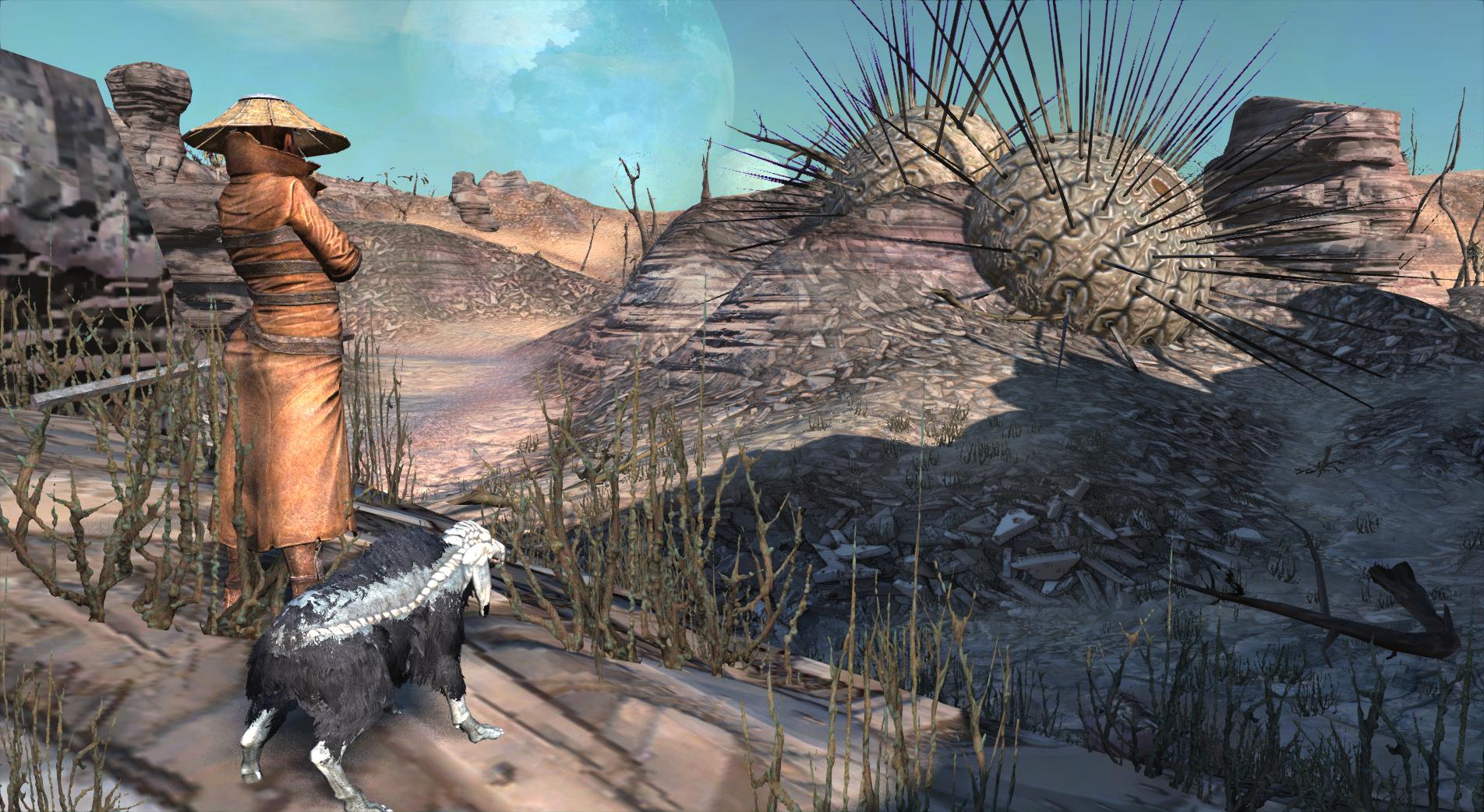 Winner: A Guy And A Dog

“Forget to rename dog from default, but the main character eventually grows to appreciate Mountain Dog for its simplicity in this utilitarian post-apocalypse. They struggle to find a home but eventually buy a little loft space in a family farm outside of town.

Dreaming for something better, bigger than themselves, they risk it all and go on a journey for a land to start their own farm. They days grow long and the nights grow cold and they found themselves without a single bandit to scavenge for days. Now starving (again), they draw the ire of Holy faction from stealing their bread.They run, not realizing the escape is pushing them in to dangerous and unexplored lands.

A battle starts between fogmen and bandits; a glimmer of hope. This might be the big break they need. The sale of all this gear will take them to their new life. They wait on the sidelines for the battle to conclude. What they don’t see are the dozens of fogmen pouring toward the battle from behind them. Swept up in to the fray, Mountain Dog viciously taunts the hordes so the protagonist can run away. This is a painful scene; Mountain Dog had gotten them both out of nasty jams in the past but it seemed like this time he’d be left behind. Main character manages to heal his own wounds behind some ancient metal structure and watches helplessly as the pup finally succumbs and falls unconscious. The battle concludes, the fogmen, victorious, return to their lair carrying acres of bandit dead.

Main character goes to give emergent first aid to dog, but he is so malnourished that he begins to pass in and out of consciousness himself. He manages to get within feet of his dog before he can no longer get up, unable to give the necessary aid. Mountain Dog bleeds to death. Shortly thereafter, main character dies of starvation beside him.

Had to put the game down for a while after that.”

And an honourable mention to Him and Ray…

“Walking within the realm of the holy nation, just recruited this big guy, better than average with a sword. He told us about himself vaguely. We call him Fish, since Fish was better than most of us with a sword he accompanied us on the frequent runs to blister hill. Today was like any other, we loaded up the pack bull as well as our own back packs and headed north east from our outpost known as Loners peak. Going about our day as usual we begin to journey, with grandeur in hearts and swiftness at our feet. While listening to the metal reverberating up from gate to wall, thoughts of new clothing schematics and weapons dance in our heads. Now traveling for about an hour or so past the wild dogs and beak things, we see a herd of bull just before a patrol of the holy nation screams “halt”!. we don’t want trouble so we stop, there were no ladies present in our expedition today, so I’m sure we will not need to listen to how shes unclean and a temptress. The words that follow let my party and I know that this land is unrelenting, with authority in his voice he spoke, “I must take all non-humans in your party and send them for cleansing”. Fish is a Shek.”

Credit to Him via Steam

“Well I guess one the coolest things that happened when playing the game, was when I finally decided to go to Mongrel in the Fog Islands. I had a squad of 4 guys and my main guy was strong enough to take on a holy nation guard one on one, so I figured I could take those little fog dudes with ease while making my way to mongrel. Holy crap was I wrong…. We were completely overrun. Little by little we were losing, and they just kept coming… So I took my main character and ran like hell, while the rest of my squad got the living crap beaten out of them. Luckily and thanks to good athletics skill, I made it out and arrived safely at mongrel.

Since my other Squad members weren’t killed, but dragged off, I figured I could still save them. So I came up with a plan: I had some stolen holy nation stuff that I could sell and already a nice amount of money with me. So I recruited some new members at the bar, bought better armor, and with my last money I hired a mercenary squad to escort us for two days. I then left mongrel and started going after the fog men squad that was still carrying my unconscious members. We ran into some smaller squads along the way, but this time I was completly sure it would go smooth, since the mercenaries I hired were all quite tough. After finally getting my members back and getting ready to head back home, suddenly all hell broke loose… In my now 127 hours of gameplay, what followed would be the biggest and longest fight I was in. We must have entered a nest or something, because there was no end to them. Things started out good, and we were wiping the floor with them, BUT eventually the injuries kept piling up and even the mercenaries were in a pretty bad condition – fighting with one arm, a messed up leg, etc.

I’m not proud of it, but I had no choice -> I set combat mode to passive and block, so most of the aggro would go the remaining mercenaries. My strongest members with their legs still intact would then pick up the wounded members, and yet again… I decided to make a run for it xD. Some of the fog men followed us, but we finally made it out of the fog, killed the last few and holy crap, we were breathing fresh air again….. Well, not that fresh though… Since I couldn’t be picky about where we would end up after making it out, we were uncomfortably close to a cannibal camp…. Well to make a long story a little shorter, a couple of pretty close fights followed and a stop at a hive village to rest up, but eventually we finally made it back home. It was an awesome feeling having brought back everyone alive and even some new unique recruits from mongrel. Since I was now broke and had more mouths to feed, we had to head out soon again,.. but that’s a different story.

As for the mercenaries… I’m not sure what happened to them. Last time I saw them, they were surrounded by fog men, in a bad condition and only two of them left standing, while the other two were already being carried by the fog men (which made me laugh real hard by the way haha). All I can say is, that I hired them to follow me for 2 days, but I never saw them again…”

Credit to Ray via Steam

Thanks again for all of the submissions. You can read more entries on 哔哩哔哩账号, Steam and the Official forums.


Deprecated: Directive 'allow_url_include' is deprecated in Unknown on line 0