About a month ago we reached out to fans across the globe and spoke about working with Unreal Engine, technical hang-ups on porting Kenshi, the potential to focus on Kenshi 2, and shared the seemingly important newfound British tradition for non-binding votes on important subjects.

As of writing, the poll stands at over 22,000 votes, 81% of which would like Lo-Fi to focus on Kenshi 2 and giving the game a more expansive feature set. Beyond the binary nature of the poll, the community wrote thousands of comments to explain their thoughts, concerns and wish lists which we’re always interested in, and finally something about an ‘Epic Game Store exclusive’, which we clarified we’re not interested in.

Today I’m happy to share that the team is focussed on Kenshi 2.

Kenshi 2 update news:
Our current plan is to bring everything together into a monthly format and make all news available in the most popular Kenshi user languages via mediums most appropriate to each language. This has lead us to launch some additional social channels which we’d love to hear from you on.English speakers:
For our English speaking audience there’s our website, Steam news, Twitter, Facebook and our parody Instagram.

Japanese speakers:
For Japanese users, in addition to our website, Steam news, and Niconico, you can now find us on Twitter @KenshiJP – this will allow us to give you more information on Kenshi 2 and welcome you to take part in competitions hosted by Lo-Fi games or the Kenshi community.

Chinese speakers:
Finally for Chinese users, there’s our website, Steam news and two additional new platforms, Bilibili and Weibo – while both are a bit of an experiment for us, it represents an exciting way for us to hear your thoughts on Kenshi and share content directly from the studio.

Additionally, sign ups are enabled for email newsletters which we may use in the future.

Events and competitions:
For starters, check out the ongoing Halloween modding competition ran by the Kenshi Community Discord team. It’s a great chance to win a selection of awesome games (provided as Steam keys) from the community prize pool, perfect for playing whilst eating a stash of holiday candy.To get involved:

It’s no secret that we’ve been spending more time amongst Kenshi’s user base, those of you already following us on social media have seen us celebrating fan art, memes, screenshots, and highlighting some of the more creative mods made by players – We’d like to level things up again, so in addition to the awesome Halloween event hosted by the Discord community this month, once our merchandise is available we’ve got a whole host of ideas for fans to win some physical goodies.

Merchandise:
Creating merchandise has been a little slower than we first imagined but we’re in the home stretch now that we’ve found a good partner to help us with the process. We’re working closely with the team at Merchandise.Game, whose experience includes providing merch for Smite, Furi, Paladins, Playerunknown’s Battlegrounds and other major titles – all sold in a variety of currencies and delivered globally.Here’s a sneak peak of colours for the last sample we agreed on: 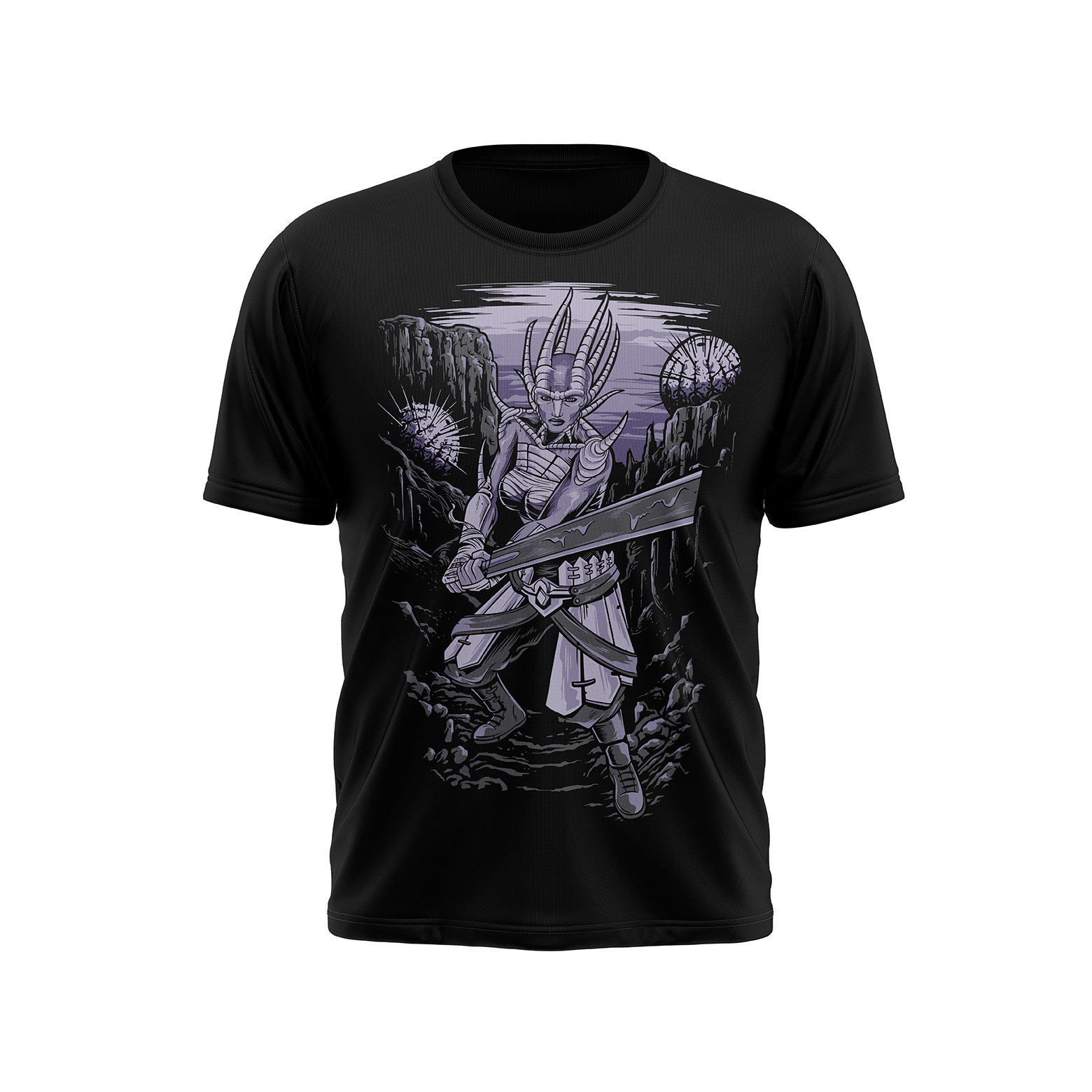 Supporting Kenshi 1:
Despite the focus on Kenshi 2’s development, we’re still committed to bug fixes for Kenshi 1. As of writing one option we’re exploring is the idea of a public bug tracker similar to the way browsers like Firefox and Chrome allow users to report issues, link connected issues together for investigation and give more realistic feedback on the progression of their issue. This could be Bugzilla, Mantis or something else entirely.In the meantime, when reporting an issue please follow the format outlined in the forum sticky, many issues take a significant amount of time to investigate without reproduction steps or, despite how prolific they may seem to the reporter, can’t be reproduced on our systems at all which is far from ideal.

From everyone at Lo-Fi Games, have a spooky Halloween and let your uninitiated friends know they can pick up Kenshi 33% off for the duration of the holiday sales. There’ll be more information on Kenshi 2’s development in the next update.