Lo-Fi Games Ltd is a small and independent game developer currently working on its first game, Kenshi, a squad-based RPG set in a vast, dystopian ‘Sword Punk’ style open world. Gameplay is completely free-roaming and open, rather than restricted to a linear story: enjoy the freedom and potential to become a thief, a merchant, a warlord… or just food for the cannibals.

Chris Hunt, founder of Lo-Fi Games, spent his early 20s working as a game programmer but hated working on small cash-cow games which felt like a waste of time. In 2008 he left, working on Kenshi full-time while working night shifts as a security guard to make just enough money to scrape by. After being Greenlit on Steam’s Early Access in 2013, Kenshi raised enough money to fund a small team and finally reach it’s full potential. Chris strives to make a game he himself would want to play: His dream game. 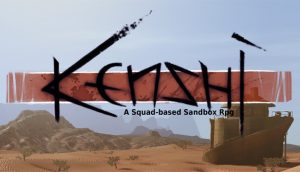 There are far more images available for Lo-Fi Games Ltd, but these are the ones we felt would be most useful to you. If you have specific requests, please do contact us!

Kenshi can currently be purchased from Humble Bundle, GOG, Green Man Gaming or Steam for $29.99. Free demo downloadable from www.lofigames.com.

For interviews, preview keys or any other questions, please get in touch with: