Updates and announcements are a little slow at the moment while we work on the 64-bit build to fix the super crash (see previous post) and take on the mammoth-sized job of the new world map. Development-wise, I don’t have any other news than that, but what I can announce is that the Lo-Fi team has expanded!

Up until only last November 2013, Lo-Fi Games was still just a one-man project with Chris working hard at the helm all on his own. Of course, Kenshi successfully made it on to Steam’s Early Access not long before, so this meant Chris could afford to hire two new team members: First came Sam, our first additional programmer to Chris, and then Olly, our first 3D artist. Shortly after, I joined in January. 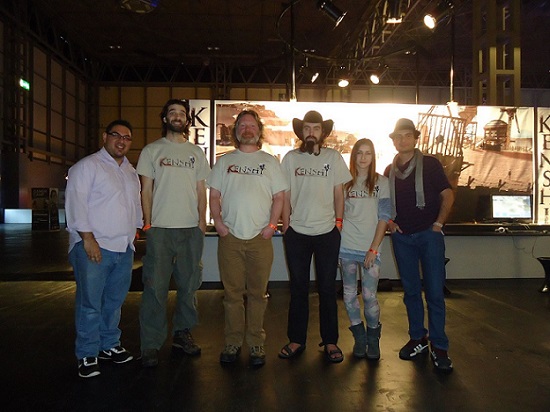 So now I’d like to officially welcome two new team members: Already started this month is Otto, a 3D artist from Sweden who will start work on modeling Kenshi’s beasts and wildlife; and starting next week is Maykol, a programmer from Uruguay who will hopefully begin work on the weather system.