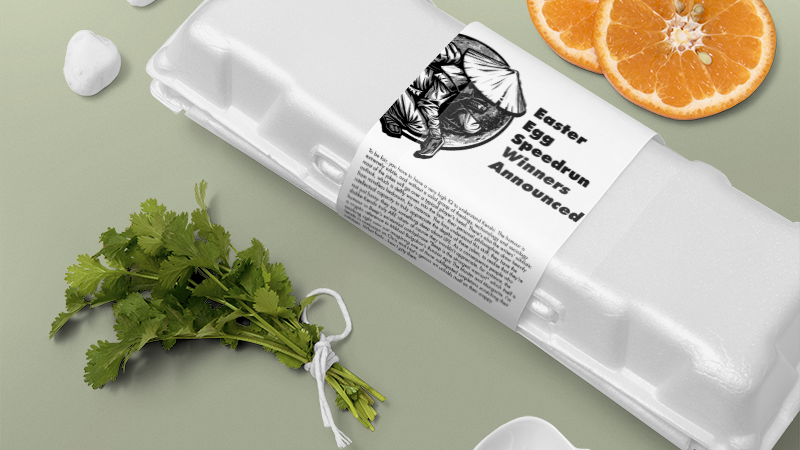 This is the end, my eggy friend, the end.

The competition ran from 14th April through to 8th May, with the top 10 winners each bagging themselves a shirt signed by Lo-Fi/Kenshi top dogs Chris Hunt and Nat Mikkelson.

The submissions have been impressive. Very impressive. We have seen some amazing runs and it was incredible to see people getting their average run time down over time!

It was lovely to see some of the best challengers helping each other out, discussing tactics and theorising on what was possible in the YouTube comments. Such good sportsmanship!

As you might expect, people got quicker over time. Here’s a chart showing that happening. We’ve excluded a couple of longer submissions so you can get a better view of those super fast times! 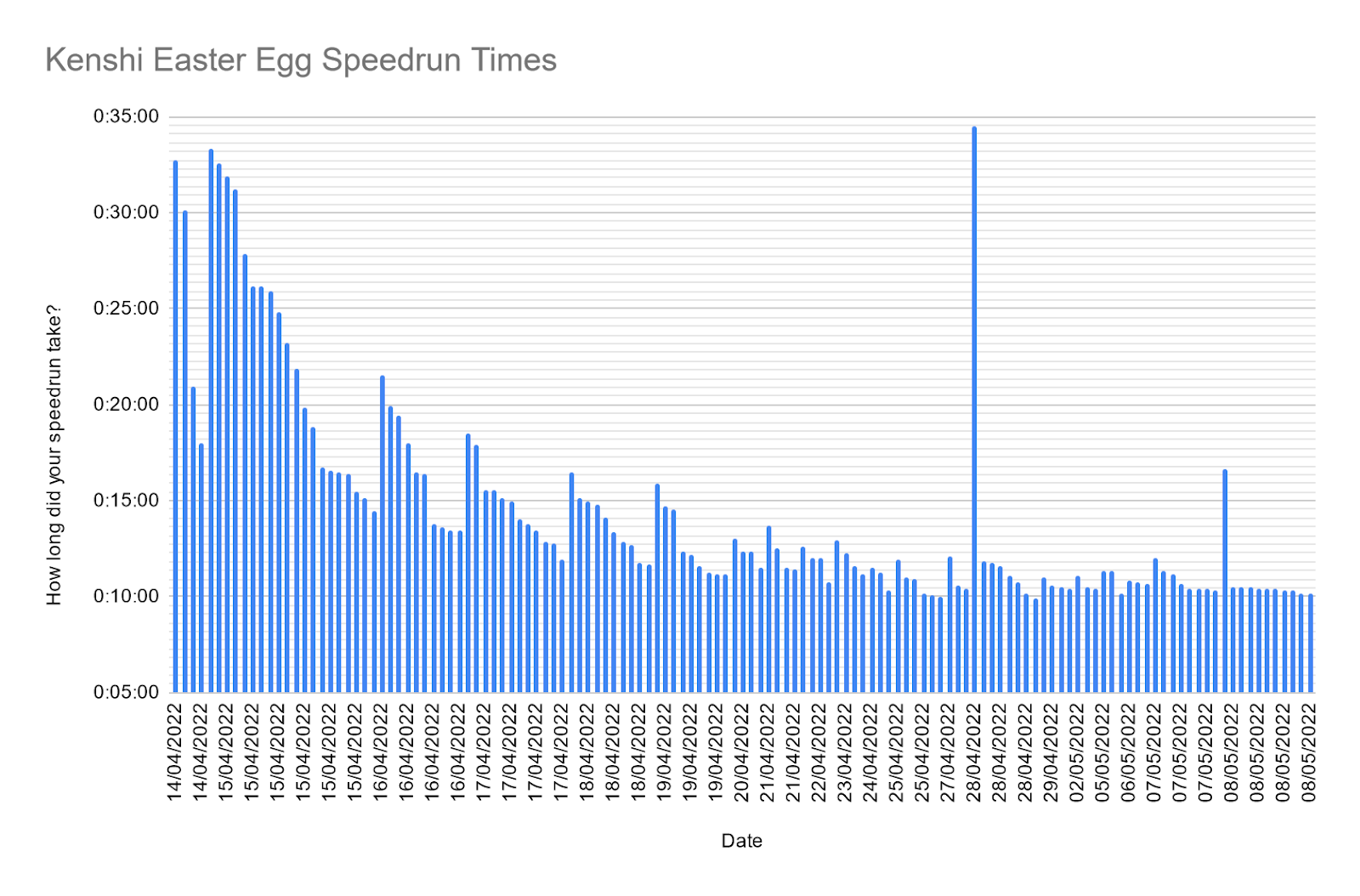 Kura was the first person to break the below 12 minute mark on 17th April, which is when things started to get really heated. Then on the 22nd April, Vestige hit the sub 11 minute point, a truly astounding achievement!

We don’t think anyone thought sub 10 minutes was possible but my word, it was! Aiza clocked in at an incredible 9:55 on 28th April and nobody managed to beat the score for the remaining 10 days of the competition, despite many formidable attempts.

As stated in our rules – 10 signed t-shirts will go to 10 players, even if people are in the overall top 10 more than once (which did happen), meaning the winner list looks a little different to the overall top 50.

A huge congratulations to all of our winners and a massive thank you to everyone who took part, you excellent people.

All the below entrants will win a signed Kenshi shirt. We’ll be emailing you soon asking for your details, so keep an eye on your inboxes!

If you want to check out the top 50 overall times head on over to the main egg page.

Hail Tanishi, the mighty Hive runner and the favourite of Egg Run Challengers!

During the course of the event, a couple of quite beautiful eggy images were produced which we wanted to highlight. The “Beep is the eggiest” piece from Alex Thompson was very much a tribute to the competition. Thank you so much for that! We loved it! 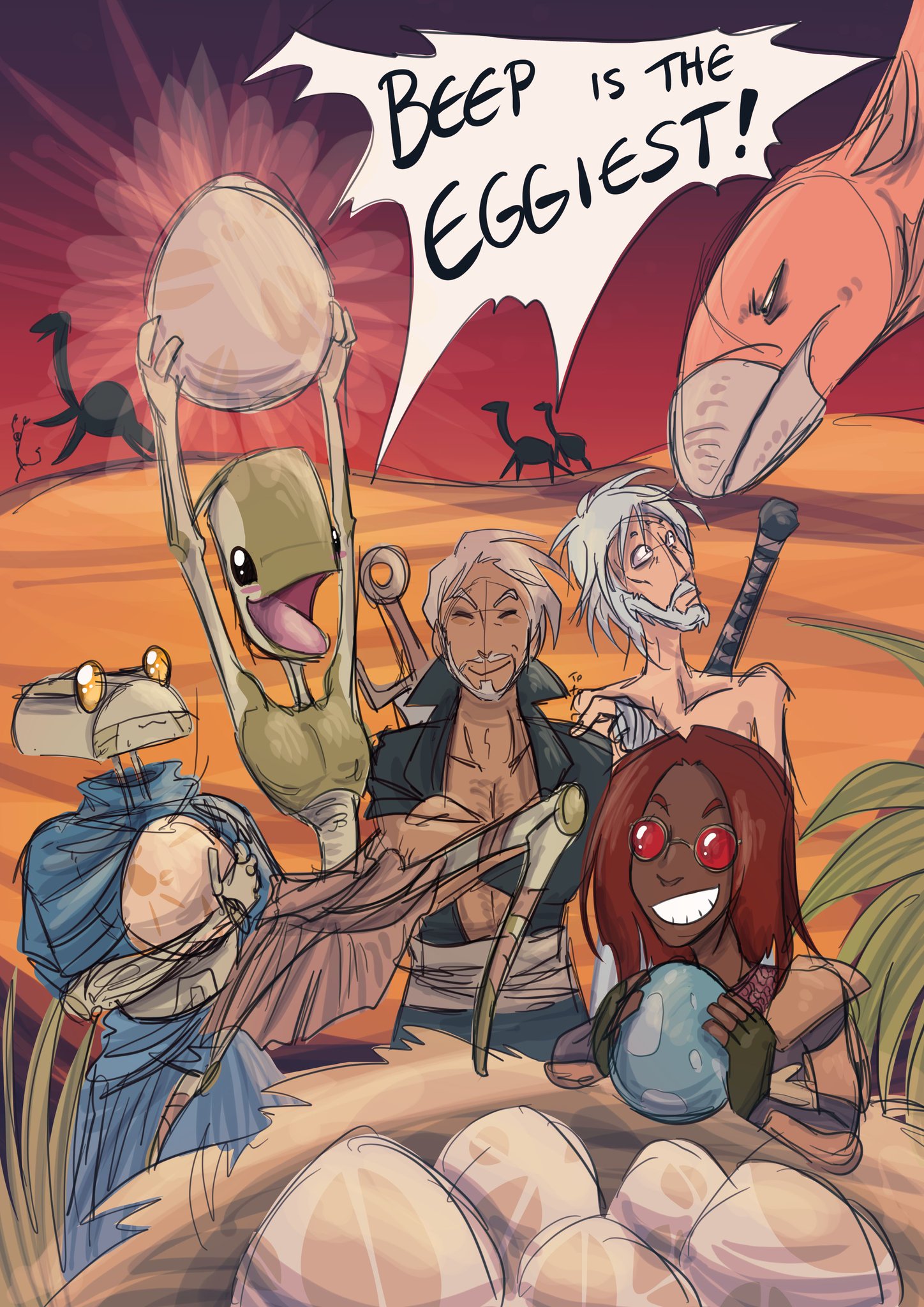 This piece from G3er0 may or may not have been inspired by our egg hunt but it was produced during the competition so we live in hope. Either way, it’s a beaut. 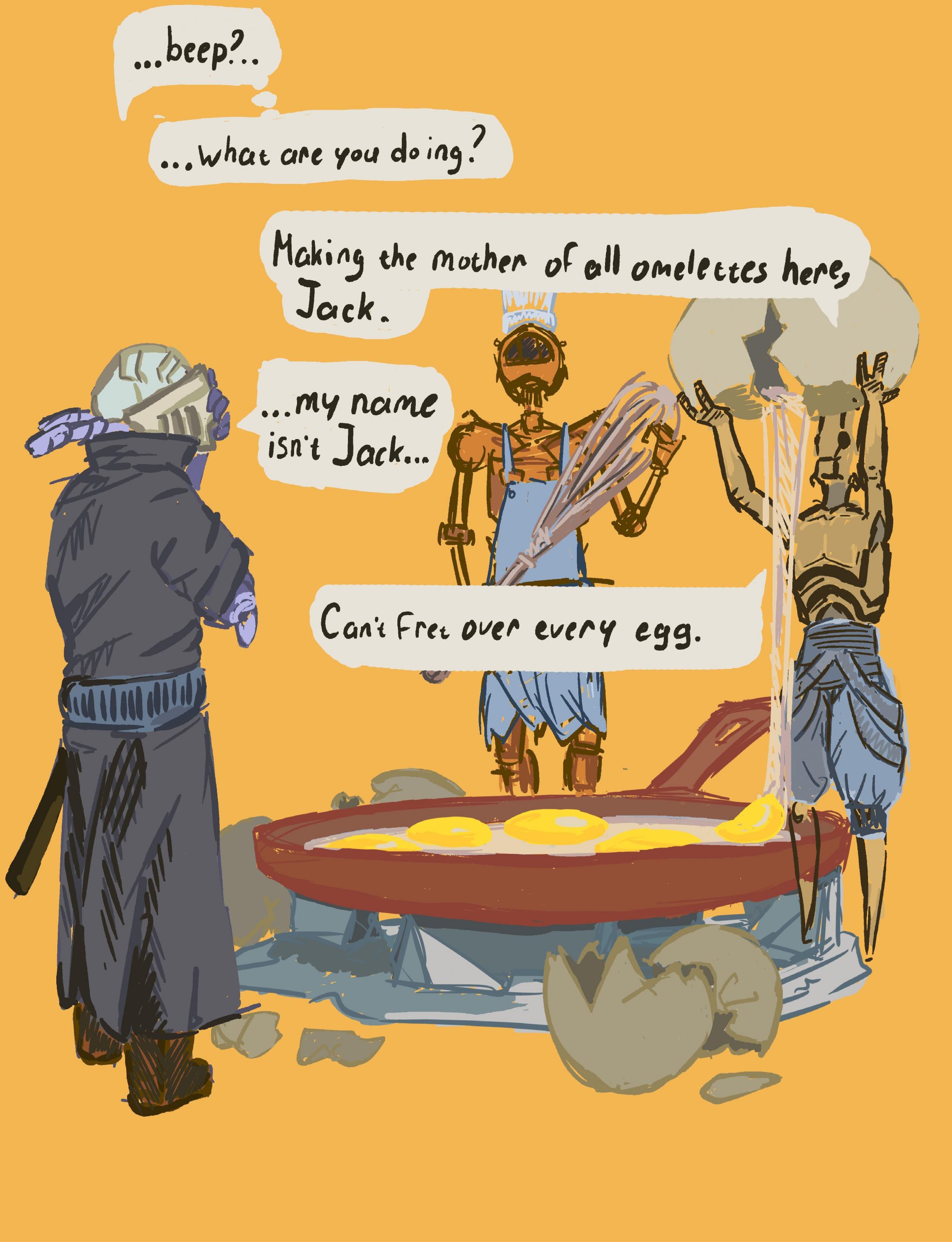 Also, shout-out to redditor dagothdoom for working out how much Beep’s omelette depicted in the image is worth 😂.

Let us know what you want to see next!

Once again, thank you to everyone that took part, watched, commented, made fanart or complained about the rules (really, we needed to be better at clarifying stuff and you helped us work a load of stuff out, we’ll be better next time).

We’ll be running more competitions in the future, so do watch our various spaces.

Let us know what kind of competition you’d like to see next, and feel free to comment with any great clips like this lovely moment from PistonsPub.

There is now a page for the Kenshi Egg Hunt over on Speedrun.com, with a tab for official rules and a tab for those of the moderator on there. It’s now open to submission, and while you won’t be able to grab a prize by beating any times, you can still battle for glory! If you manage to beat Aizu’s time, let us know so we can help you show off about it!