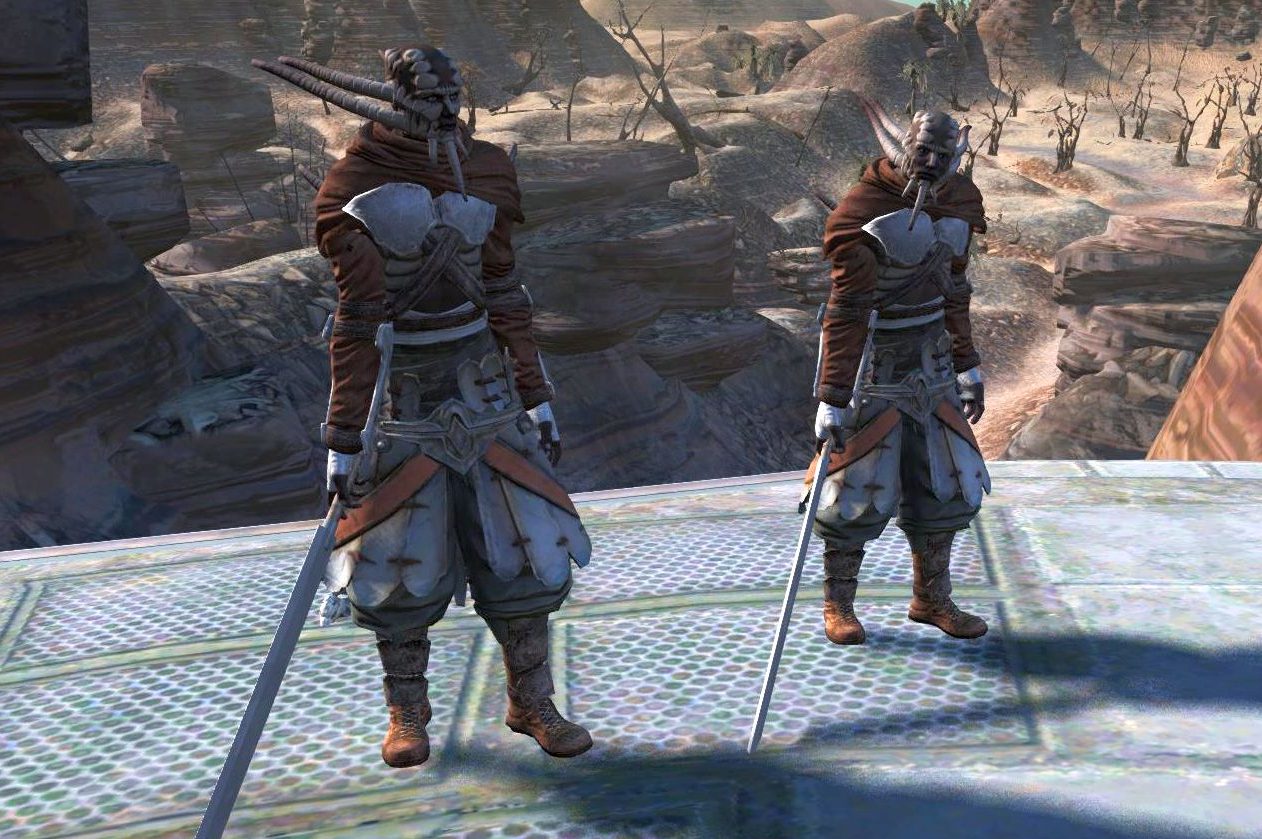 Battle hungry and stubborn, the Shek base their warrior code and living caste on the philosophy of their fallen ancestor, a heroic leader called Kral. Kral is said to have unified the divided Shek tribes hundreds of years ago, and taught that only through battle could they prosper and find honor. Kral was eventually killed in battle, where he fought bravely to the end against an enemy that outnumbered him hundredfold. It’s believed that this is the most honorable way that a Shek can die, and only by living the way of the warrior can a Shek pass through to the afterlife, Gateway (AKA ‘The other side’), a spiritual kingdom where all the great heroes reside.

Because of these strong beliefs in ‘honor through death in battle’ etc, the Shek make a formidable enemy, persistent and fearless in combat.  But their warrior attitude also disadvantages the Shek, as their suicidal mindset means that their numbers are diminishing and weakening them as a nation.

Intellect and advanced technology have no place in Shek society. The Shek earn their respect amongst each other through strength and bravery alone. This leaves two simple castes: the noble warrior and the lowly servant. Fallen warriors shamed in defeat or cowardice have their horns cut and are demoted to skilled/ menial work as retainers to the strong. Shek retainers are still regarded more highly than outsiders, however.

The Shek warrior’s comraderie makes them a tight-knit community, somewhat unwelcoming to outsiders who they see as inferior and weak because of their lesser battle spirit. Their past clashes with the Holy Nation and Empire also contribute to their distaste for other races. This Shek pride and snobbery can make them rather territorial and aggressive over other nations as they express their power through war and tribute-taking.

“Flatskins. I despise them, and if it were up to me they’d be chased away at our gates… but Bayan tells me their trade is necessary to the growth of the Shek… so I’ll tolerate them. For now.” – Esata The Stone Golem 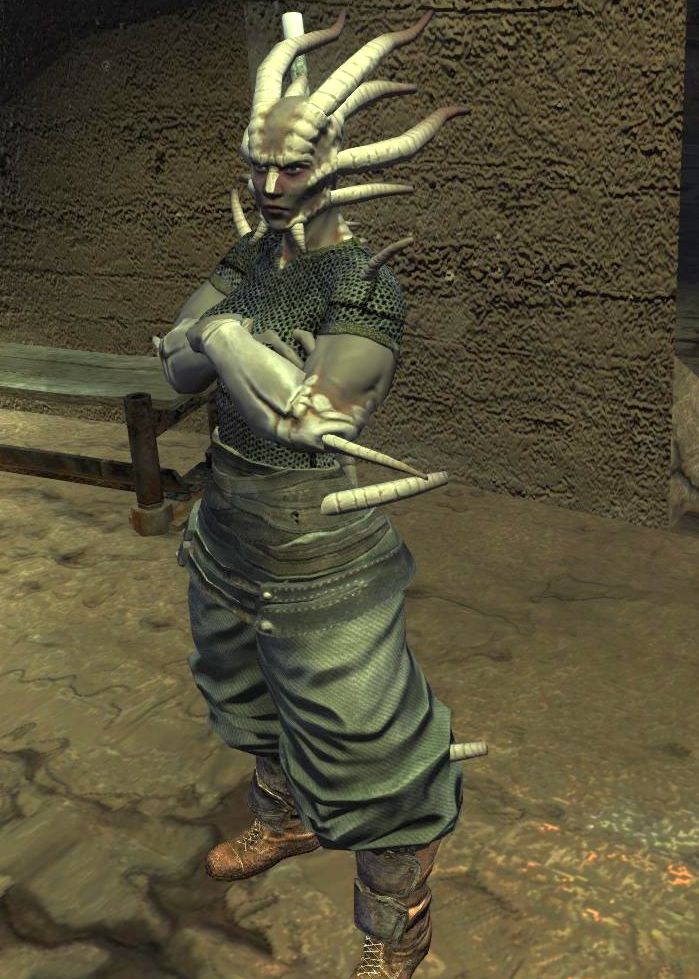 Queen Esata, AKA The Stone Golem

Esata is the first of the Shek leaders to want to address their kingdom’s problem of a declining population, however this new strategic rationality has caused a divide in it’s battle hungry citizens. Fiery and fueled by her anger for her enemies, Esata is a little less conventional than other past leaders in that she places bigger victory on long-term crushing of enemies. She tries to balance prosperity with glory, while keeping the religious aspirations of her people happy.

The Shek Kingdom puts little importance on academic education, meaning that most Shek can’t read – Esata is no exception to this and is not particularly intelligent. She does, however, have formidable battle skills and an open mind to rational thought. Her aide on the other hand, Bayan, is an impressive intellect. Although the talent of intellects is normally wasted in the traditional Shek Kingdom, Esata relies on Bayan for his advice, for the good of the nation.

“Bayan is my sheath. without him, I’d have gotten lost in my own ego, a corpse on Holy Nation land long ago. Those Okran scum don’t deserve to be my defeaters. With Bayan at my side, the Shek will crush them once and for all. There will be no better glory than this.”

Only the best of the Shek warrior can earn battle names, and Esata earned hers ‘the Stone Golem’ when she joined the Invincible Five, the Kingdom’s highest ranking fighters. It was during this time that Esata served under the previous emperor, Shager, whom she challenged on his plans for a potential suicide mission against the Holy Nation.  After a hard-hitting battle one day, Bayan protested against Shager’s plans for a suicide attack against the Holy Nation to regain their honor. In response to Shager’s angry threats against his ‘cowardice’, Esata stepped in and boomed,  ‘the man speaks the truth. You want Bayan silenced, you’ll have to cut me down first”. She fought and defeated Shager, becoming the new Shek leader in his place.