Next up for release in the Newlands map, we have the swamplands and the canyons to the south west of the current section… and you’ll be pleased to know that the inhabitants are (relatively) Skeleton friendly too. Hidden treasures and secret zones go without saying of course, but we’ll also be introducing two new main factions – the Swampers and the United Cities, AKA The Empire. So, this week we’ve got double the faction lore for you, first up…

*Warning: Possible spoilers for those who’d rather explore things themselves. Only read at your own risky spoilage peril. Or look at the nice pictures instead.

“Well I can’t fucking believe it. This place is real after all. Here, one gets what one worked for. No nobles who were born lucky breathing down the necks of workers and asking for taxes. No priests claiming they’re the ones who got everything figured out and using people’s ignorance to steal from them. The only law here is that of nature: strongest gets it all…”

– Letter from a Swamp resident 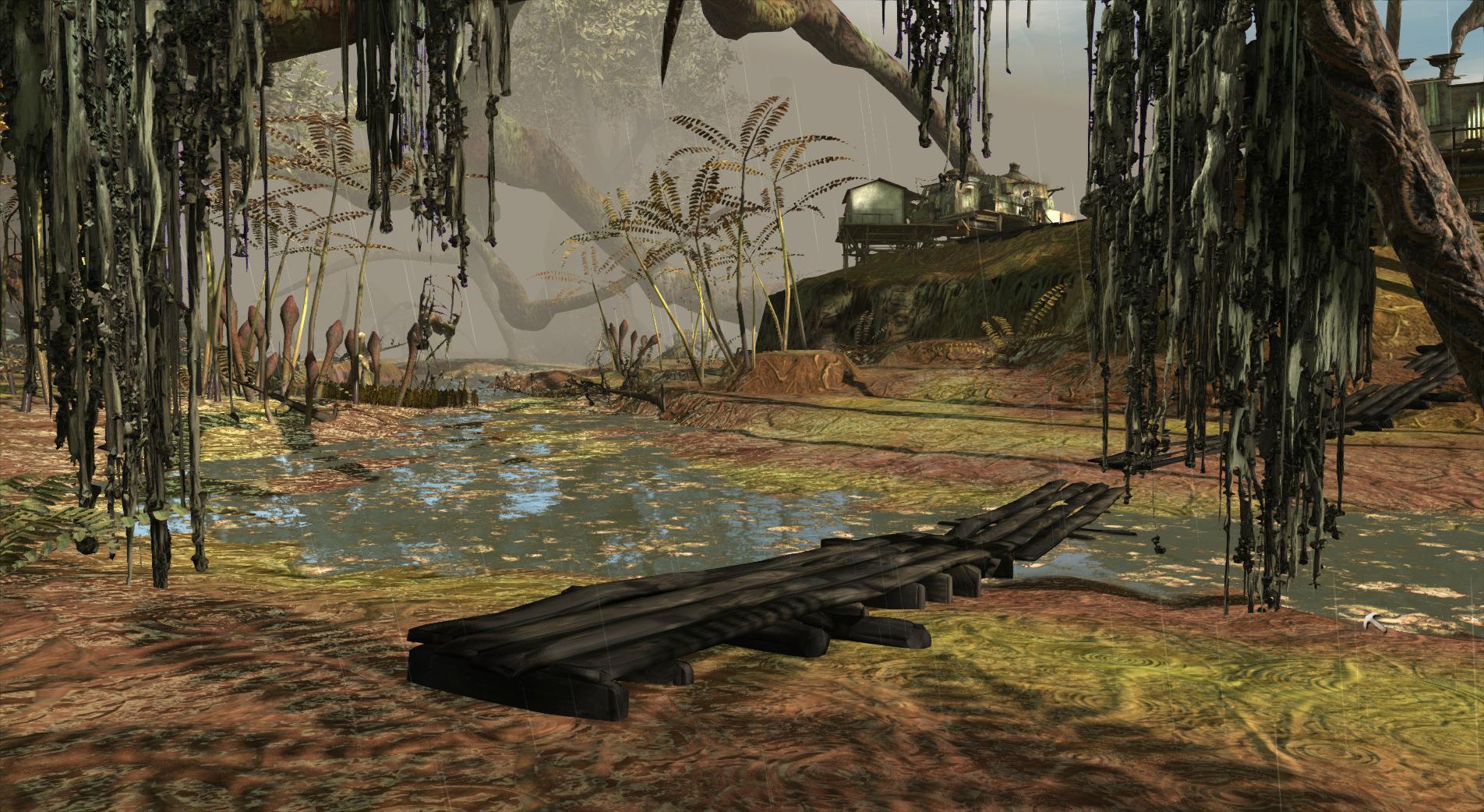 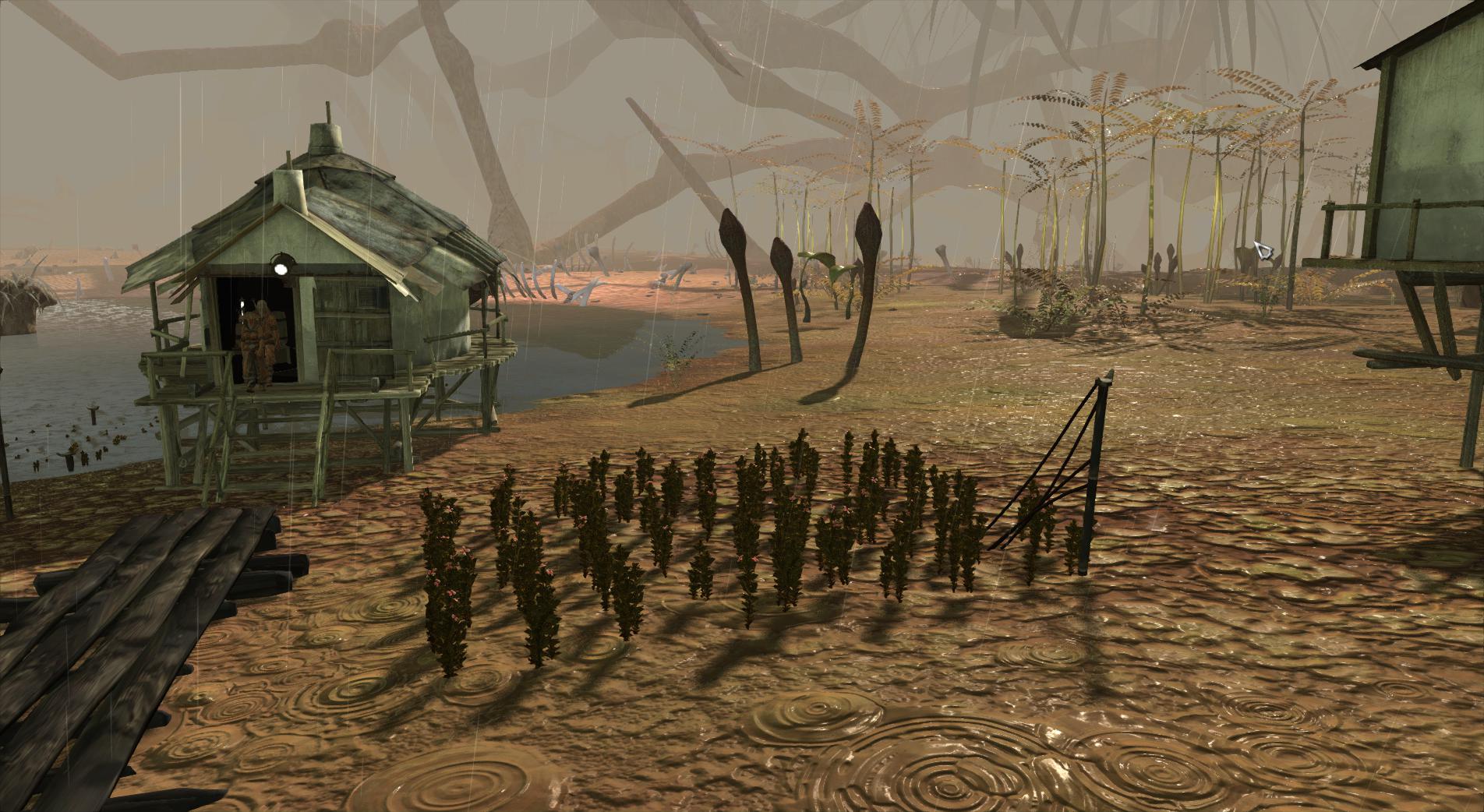 A short history of the Swamplands

Due to having a dangerous location filled with bloodthirsty swamp beasts and poor fertility, the Swamplands have become a last resort settlement for the toughest exiles, outcasts and criminals in hiding. However because of the dangerous nature of the majority of it’s inhabitants, the area has become a dog-eat-dog society where only the most psychotic, most dangerous survive and murder their way up the gang hierarchy. On the plus side against it’s murder-y nature, the area tends to be reasonably safe from outside attack since other factions don’t have any interest in invading infertile swampland.

The first settlers of the Swamplands used the hostile natural surroundings to their advantage to form an untouchable, shrouded base where they began to fund themselves via banditry, kidnap, ransom and more. However, since the current leader and her ‘hounds’ implemented a unique farming system for growing hemp, activities have recently expanded to drug smuggling too. 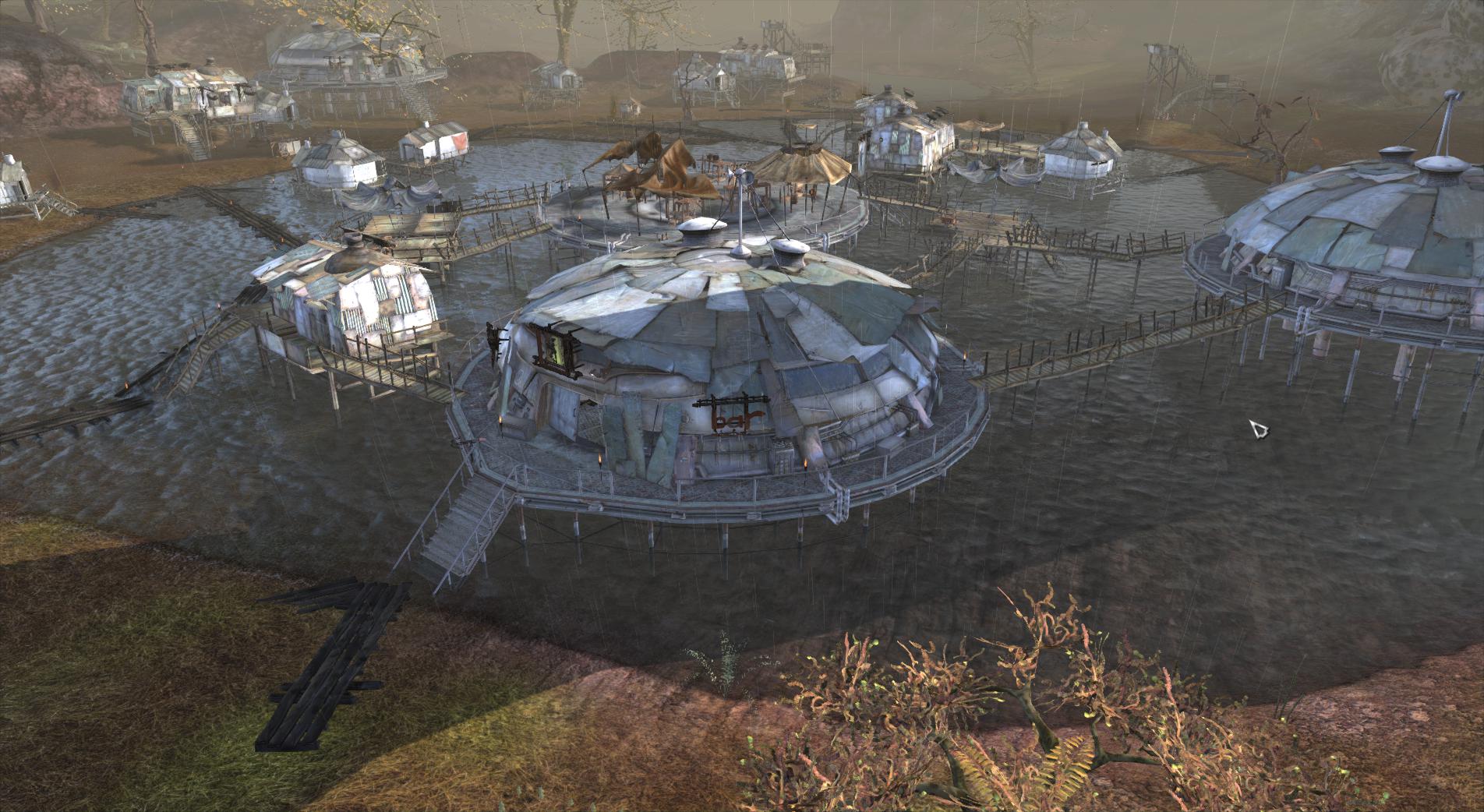 Swampers are a hedonistic and head strong bunch with a rebellious love of freedom. There are no slaves, but there is also no law; everyone fights for themselves and it’s all about survival of the fittest. With so many volatile individuals in one area, street fights aren’t uncommon if one oversteps their boundaries or slights another.

Altogether, the town is run by five main clans, the Twinblades, the Grayflayers, The Stone Rats, Blackshifters and the Hounds, all involved in their own ‘activities’ of business such as loansharking, gambling, drug distribution and more. Most of the time, the clan heads (known as ‘the big bosses’) run the city together, however the main leader, Big Grim, is at the top of the hierarchy. 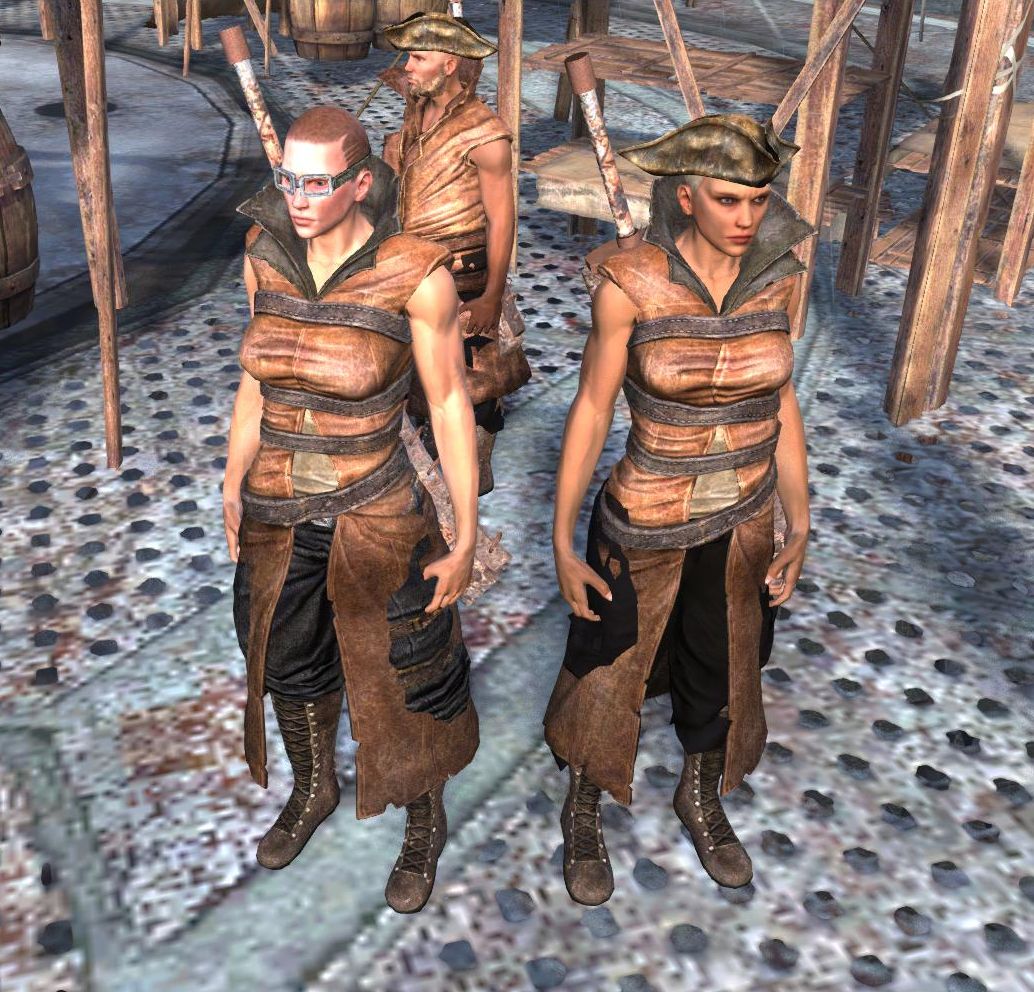 Leaders come and go in the Swamplands, and stabbing your allies or enemies in the back is a part of everyday life.  Grim, the current Swamp boss, made her debut by ambushing her biggest rival and previous leader, Big Hash of the (now dead) Stalker Clan, in a deceitful, bloody massacre. Weeks before the ambush, Grim murdered Big Hash’s right-hand man and framed the leader of the Blackshifter Clan. Under a guise of solidarity, she accompanied Big Hash to wipe out the Blackshifter Clan in a fit of vengeance, but instead drew her sword on Hash when the time came.

But, Big Hash was a formidable fighter and didn’t go down without scarring Grim’s belly, it was a messy and cruel fight. Her past morbid and violent actions hence contributed to her nickname, ‘Grim’. Some say Big Hash was a particularly cruel leader who got what he deserved, others berate Grim for gaining power through betrayal and dishonourable means. But Grim, a master strategist, is much more intelligent than she looks and well known for ‘getting things done’… no matter how messy. 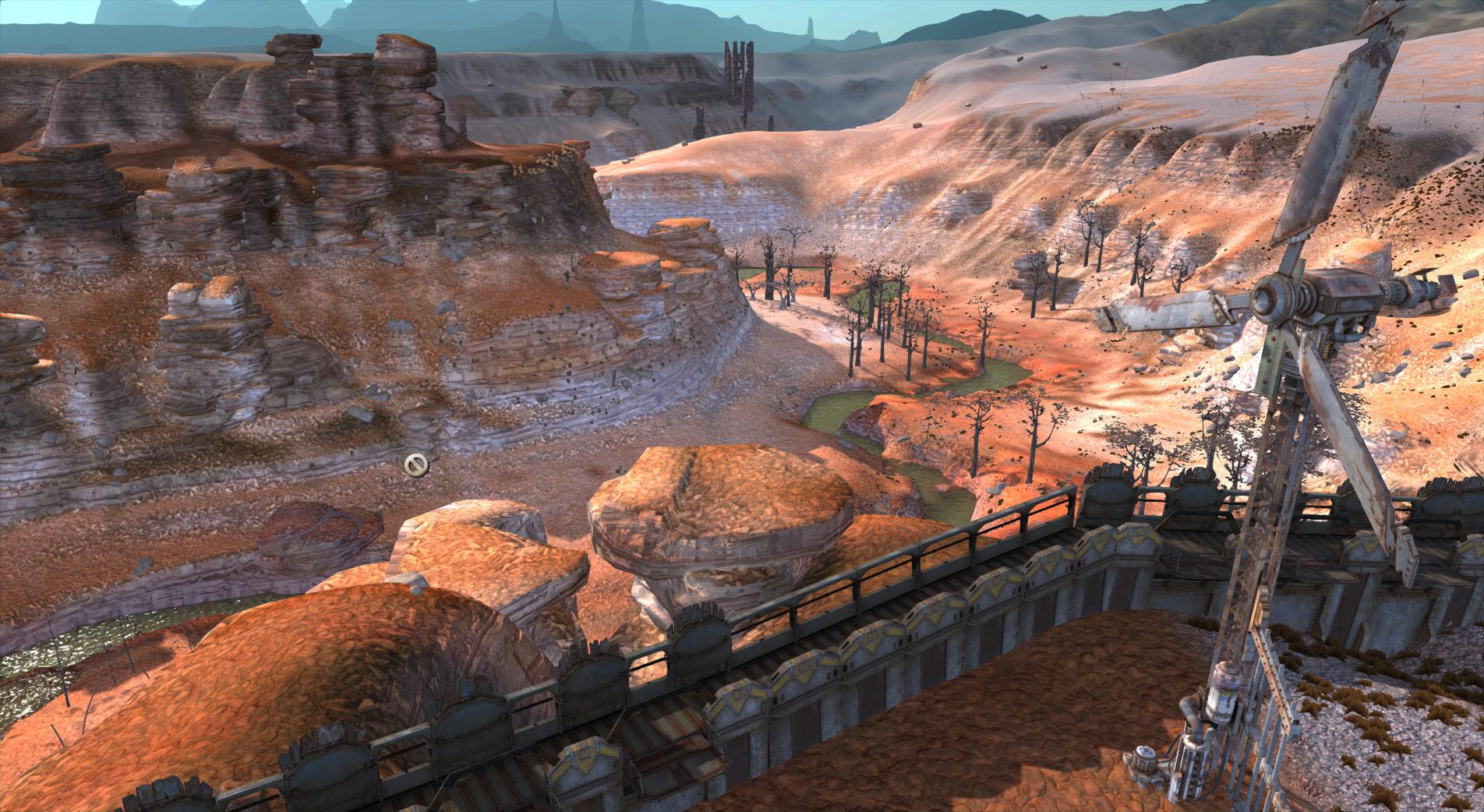 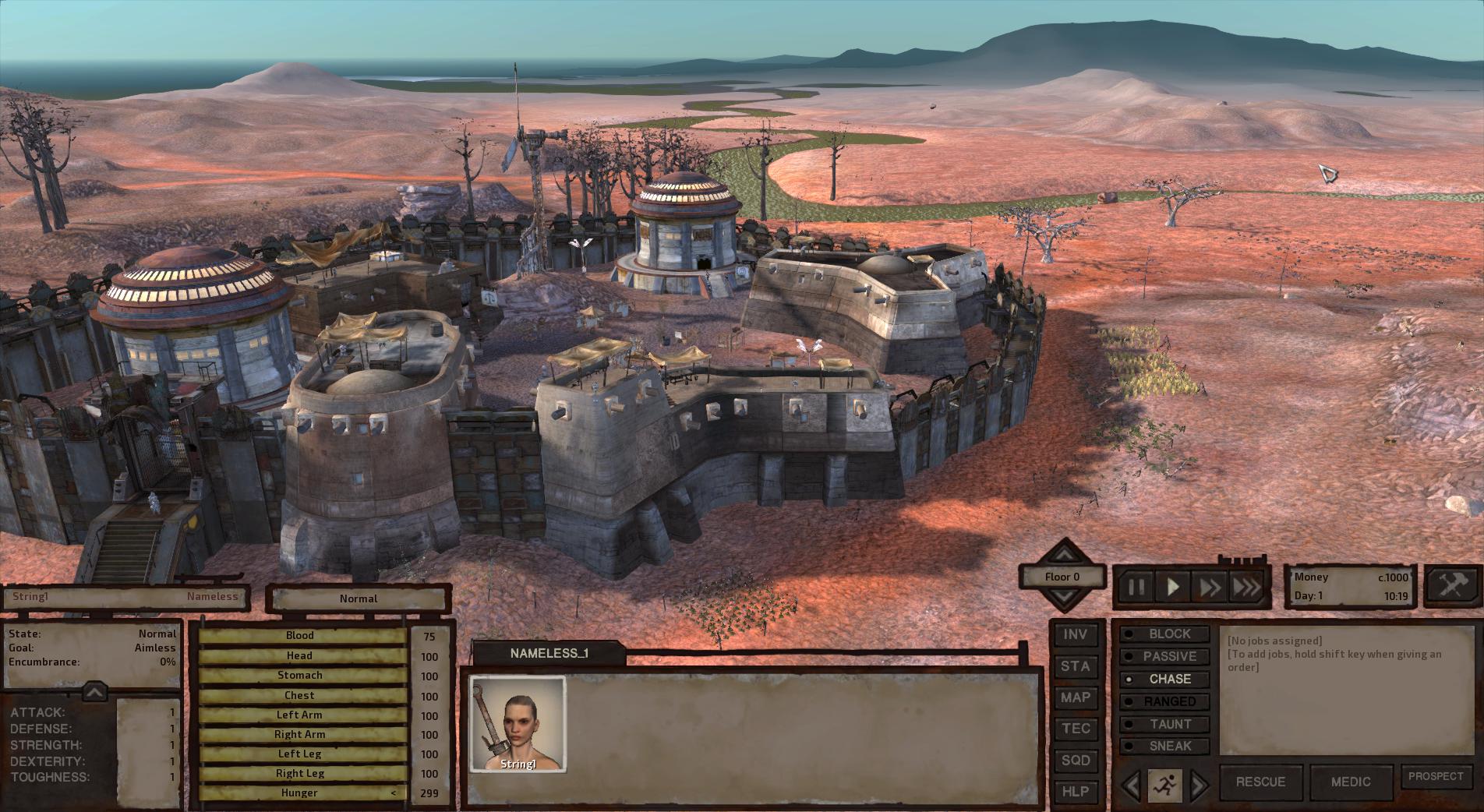 The crumbling empire of the United Cities is one that revolves around wealth and power. Mostly desert located, the cities are home to the Trader’s Guild and offer good technology, high quality gear and imported luxuries. Pro slavery is considered the norm and anti-slavery views are treated as extremist.

The ranks of the drug enforcement obsessed samurai officials are filled with corruption and the upper class’ superiority is set by their worth in riches. While the nobles enjoy more rights, more protection and even the best fighters in the world as their personal bodyguards, the poorer working class are treated with disdain and cruelty. In United City territory it’s even considered illegal to be poverty stricken and homeless, and the needy are often turned away at the gates.  Poorer working class citizens that live barely over the legal threshold are known derogatorily by the nobles as ‘dregs’.

“The ground ran red with blood. And like drowning rats clawing at a sinking ship, the desperate souls dragged us all down with them to their doom.’

– Noble diary from the Red Rebellion

In recent years, the United Cities has not been as prosperous as the once powerful empire it used to be. Just decades ago, it’s three main capitals were pushed to their limits after a devastating drought triggered a severe famine. The Traders Guild’s attempts at providing aid to the cities was a failure – not only did they suffer supply blockages from opportunistic bandits and Shek rogues, but the little aid that they did manage to give was promptly set upon by the nobles in a shameless bidding war.

After the nobles shut themselves off from the rest of society, the starving lower class were forced to rebel and the Emperor was killed in the ensuing revolt. The United Cities eventually regained it’s control, a new Emperor was chosen and the remaining rebels taken into slavery, but the death toll was high and the empire largely weakened.  As a result of this historic tragedy, the rules and terrorist hunts have since become one-sidedly heavier in order to keep the rebellious peasants under tight control. 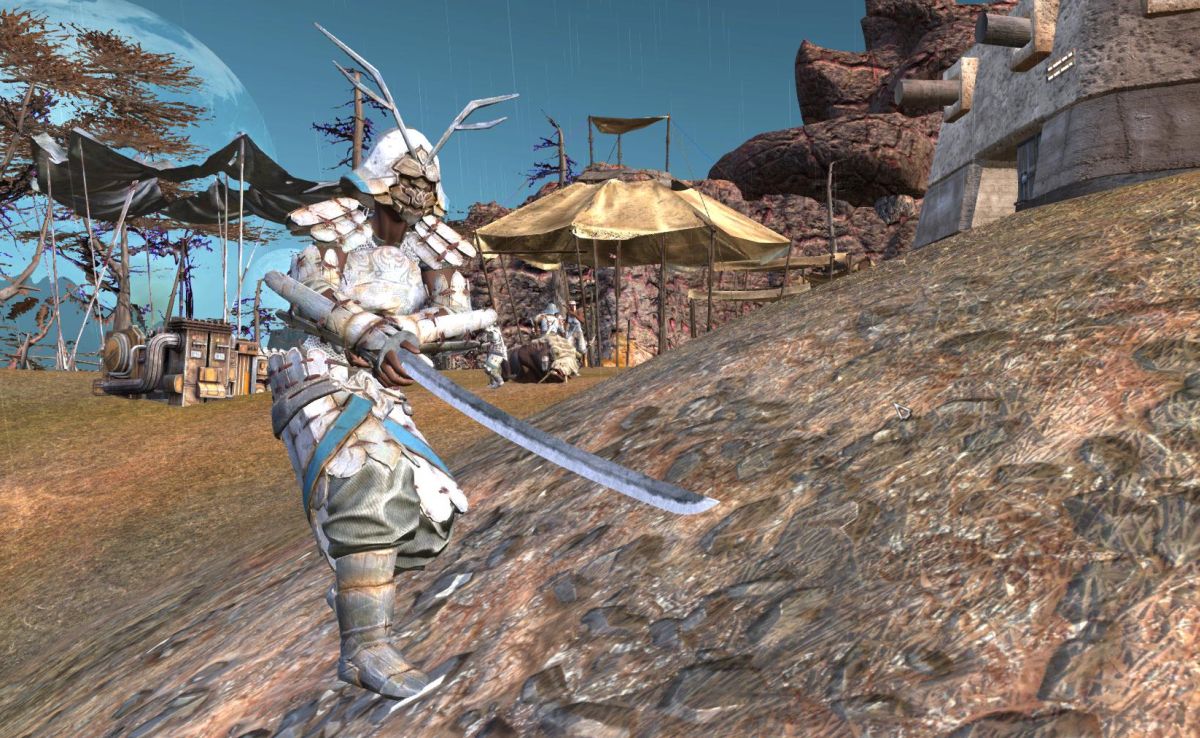 After the Red Rebellion, a new leader was chosen: Emperor Tengu, a starkly more impulsive man with a lack of common sense in comparison to his predecessor. As is tradition, Tengu has an ‘Inner Circle’ of four equally cruel, powerful, high nobles hand picked by himself. The emperor and his nobles are massively feared, particularly by the lower working class, and there are a huge number of rumours that reinforce this image, in particular stories of Tengu’s mysterious ‘Vault’ where rebels and enemies are sent.

But despite his feared position, Tengu is not a fighter. The noble culture is one of imported luxuries, exotic novelties, flamboyance and fashion. Although most of the high nobles rely on their famed bodyguards for protection and can’t swing a sword to save their lives, they nonetheless tend to carry elaborate and expensive swords on them as a s symbol of status.

“Don’t EVER mess with the nobles, don’t look at them, don’t breath near them… Unless you want to wind up in Tengu’s torture Vault with all the other rebels.” – Farmer Zu

This next map expansion is due for release on experimental branches by end of October.