Our next experimental update is coming soon.

The Ogre 2.0 optimisation update is still a few weeks away, but we have a mini update on it’s way which includes a completely separate performance boost. With this, we’ve managed to get an average 5-10 fps increase – with more improvement incoming next month.

We’re also adding tons of new weapons, around double the current selection of weapons to be more specific. You’ll now find rare and unusual weapons, plus more interesting variations of polearms, blunt and hacking weapons and a visual overhaul of the old weaponry. As well as new looks, we’ve also rebalanced and added extra characteristics and stats for more tactical combat – larger weapons, for example, will have penalties when used indoors, and other weapons may inflict bonus damage against certain animals or opponents. 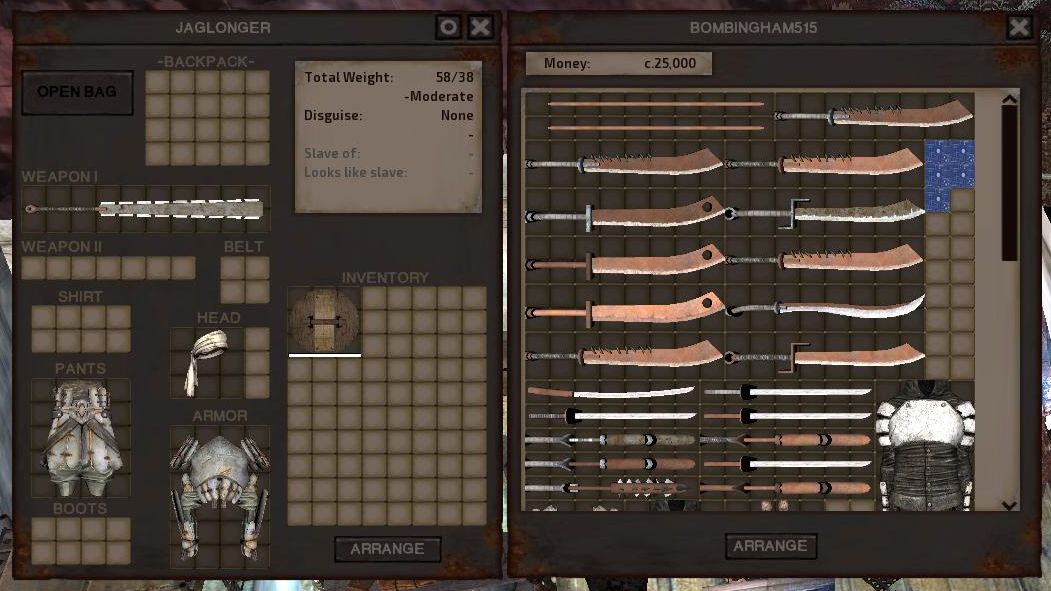